Posted by Briana Wall at 4:50 PM No comments:

Untitled mix #3 from deepseadiving on 8tracks.

Another mix! Enjoy, divers.
Posted by Briana Wall at 2:08 AM No comments: 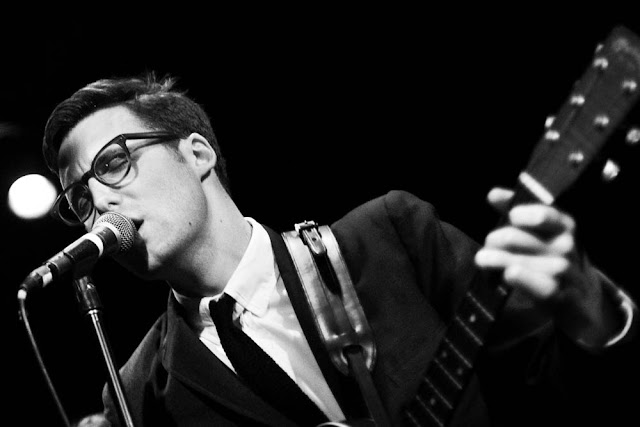 
I remember sitting on the floor of my school gym in 2003 for the Battle of the Bands after this guy played the last set as singer and guitarist for the Intelligista. I remember thinking to myself, "this is the best show I've ever seen." And to be honest, in a nostalgic way it's still up there with the best. The show was complete with a keyboardist shaking a tambourine while riding around on the guitarist's shoulders. The drummer ended the set standing atop dismantled drums, hugging one arm around a snare, beating out a slowed tempo. It was raw, youthful energy and pure showmanship that might only be available to those bands whose careers still exist mostly in excited, half-formed dreams. There was a sense of community in that gym, waves of coolness by association sweeping over the place. There couldn't have been much deliberation about the winners.

Cut to 9 years and several incarnations of bands later, and Nick Waterhouse is still playing music. And something (specifically, this track) tells me that his music and shows have only gotten better.  Nick is a fine wine. Go see his show May 4th at the Newport Nautical Museum.

P.S. If anyone from that band ever googles themselves and finds this, it's been 9 years, and I'm still waiting for that Intelligista record I bought from some shady website.
Posted by Briana Wall at 9:25 PM No comments:

Posted by Briana Wall at 2:06 AM No comments:

Happy February, people! Get some sleep and treat yourselves right.
Posted by Briana Wall at 10:44 PM No comments:

I haven't been updating lately, because I am crazy busy going to school and preparing for student teaching. But here is something I made for when I need quiet things. Maybe you will enjoy it, too. Hope you are well! Art by James Abbot McNeill Whistler


Symphony in Grey: Early Morning from deepseadiving on 8tracks.
Posted by Briana Wall at 2:05 AM No comments:

I found out how to use 8 tracks, so maybe I will be featuring more playlists up here. Thanks to Matt for The Ventures and Irene tunes!
Posted by Briana Wall at 1:32 PM No comments:

Hello.
My show is on indefinite hiatus! Woo? But you can find everything I played here in the past, as well as sporadic updating of the new things I am liking.
Thanks for looking and listening.
-Pirhana